I found this while doing research on Vermont for a project, I think I know where I wanna move :]
link: http://www.kensavage.com/archives/vermont-teens-are-naked-in-public-and-its-legal/

Nothing wrong with public nudity in Brattleboro Vermont. Here on the banks of the Connecticut River, in the busiest parking area of a downtown peppered with bookstores and coffee shops, more is meeting the eye than some people want. Spurred by complaints, the town’s Select Board will consider changing that, although no changes are expected soon. In the meantime, some pedestrians avert their eyes. Some youths cheer on their naked friends, and a few adults are so offended that they become nearly hysterical.

A politely rebellious collection of teenagers passing time in the Harmony Parking Lot this summer has taken to disrobing. Seemingly on a whim, they shed clothes and soak up the sun, nude.

What began as a lark or an ode to youthful exuberance has now turned into a municipal quandary, because public nudity is permissible in Brattleboro.

In the words of Town Manager Jerry Remillard, if you’re naked in public, and you’re minding your business, you’re legal.

“We’re quite a bit different than a lot of places,” Remillard said.

Public Nudity in VermontIf the two-dozen or so youths, 16 to 19 years old, are seeking to make a social statement, the manifesto needs some work.

“We just thought it’d be a little fun,” said Charles Corry, 19, who said he stripped to nature’s own Friday and hung out for about 45 minutes with five like-minded friends as shoppers, diners, and walkers made their bemused way through the lot. “I don’t see it as a serious statement.”

Serious or not, the teenagers have made nudity something that can show its pale or sun-burned self with no warning. Rachel Brooks, who works at Everyone’s Books, sees some of the action on the sidewalk outside the shop’s rear door.

“Personally, if I wanted to be naked, I wouldn’t sit around in a dirty parking lot,” said Brooks, 22. “I wouldn’t want to get cigarette butts on my butt.”

The nudity began in earnest this year, Brooks said, when one young woman decided she wanted to bare her chest in public, just like her male friends.

Since then, the no-clothes fashion has gained popularity and has expanded to include group bike rides, skateboarding, hula-hoop contests, and a grass-roots music event that the group dubbed the Brat Fest.

Public Nudity VermontOne girl even sat partially nude on a newspaper vending box in the middle of downtown. I could see her boobs and stomach easily wherever I walked in the park.

“I think most of Vermont wants Vermont to be nude,” said Hannah Phillips, 15, who added that she has not disrobed. “People have a basic human right to be naked if they want to.”

Nearby, older teenagers sat on the sidewalk, fully clothed, their backs propped against a brick wall, munching on a pizza they found in its box. A car belonging to one of the group was parked nearby, a skull-and-crossbones on its hood and the words, “Chaos Infiltration Squad,” on a side door. On the opposite side of the lot, the Back Side Cafe looked down on the scene.

Although members of the group said they don’t intend to offend anyone, one woman has filed a complaint with the Select Board.

But the wheels of legislation grind methodically here, and the board must hold two public meetings, followed by a waiting period of nearly a month before a ban on public nudity can be implemented and enforced.

Vermont does not forbid public nudity, as Massachusetts does, but some liberal communities in the state have banned it. Remillard said that outsiders should not begin to think of Brattleboro as a haven for the behavior. It’s just that Brattleboro never had cause to ban nudity before.

“I would suspect that if it were OK, you’d see it in Boston,” he said.

Andrew Wdowiak, who works at Everyone’s Books, said that he’s not put off by the nudity, but that the act has become a little tired. “I think it was more for the shock value,” he said. “They weren’t flagrant about it.”

But last week, when about a half-dozen naked teenagers congregated outside the store, “it was like they were baking a cake, and they really frosted it,” Wdowiak said. “All the men were naked, and the women were topless. I needed about three drinks to erase that vision.”

One patron of the bookstore let loose with hysterics of Academy Award proportions, he added.

If the town passes an ordinance this year, cool weather will have begun to settle in this slice of the North Country.

But Remillard, for one, doesn’t think the bracing air will accomplish what Brattleboro’s laws have been so far unable to do.

“That isn’t necessarily going to bother this group of people,” he said of the cold.

Seeing a post from the group the other day reminded me that it had been a while (two years!) since I last posted. So here are three pics from two different Nullarbor trips. ( Collapse )

Hey I really dig this community and would love to contribute but I was wondering if there was an age restriction for posting as I'm only 15. I just want to avoid any stupid trouble if it was illegal but since this is a nudist community and not sexual, I don't think it should be. Anyway correct me if I'm wrong, again I love the place and I am a nudist myself :] 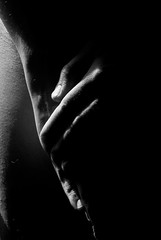 The nudity taboo is a mass deception. Yes, I realize that the ultimate goal of a Free Body Culture to bring about more critical thinking and reason on the irrational mind/body relationship is a harder sell than it should be.
The Free Body Culture (a 102 year-old mainstream movement) has occurred in Europe and recently in London .
It’s time for it to happen here.
Besides my May 1 [ Mayu Day 2008]arrest by the SFPD,
I was again arrested on Wednesday, May 7, 2008 at Fisherman’s Wharf.
I was taken to a cell at 850 Bryant as a punitive action for “booking” and about a 5 hour intake “processing.” The next day, [in court,] the case was once again immediately discharged by the DA.
This is a discretionary punitive sentence with no trial, because no jury of my San Francisco peers would ever convict.
On Sunday, May 11, I was out with a few friends again. It was too cold (with the wind) to continue for more than half an hour. After bundling-up, a police car pulled-up and the officers told us that they were under orders from Captain James Dudley to arrest me for nudity. To the best of their knowledge, there was no higher authority than Captain Dudley ordering the arrest. Since we were not undressed, they drove away.

The SFPD is more than aware that this nudity is for a political education campaign for the FKK Free Body Culture movement. The SFPD is more than aware that nudity is not a crime in California unless one is lewd or blocking traffic. Yet, they still bypass the will of the legal and court systems and continue to harass me. On the upside, many of the police in the field are figuring out what I am doing and are okay with it, but they have to follow their orders.

I can certainly prove that command orders for my harassment have come from Captain James Dudley, Central Station. Whether he is acting from a higher police command or on his own initiative has not been revealed to me. Can such a low level bureaucrat suppress a legitimate, historic, and non-violent political movement?
I hope the command staff of the SFPD, the OCC, City Attorney, and mayor’s office is investigating these allegations. I have nothing personally against Captain James Dudley, but he should be informed of the limitations of his power or removed from his position.

Yes, I know that I can spend a lot of time and effort to sue the SFPD and City of San Francisco for damages for false imprisonment, battery, harassment, and other tort actions and probably collect a decent sized judgment.
Believe it or not, there are manipulative people in the City of San Francisco, a Five Billion dollar/year corporation, that don’t mind losing a few hundred thousand dollars (pocket change) to suppress the ideas of a Free Body Culture movement.
Sincerely, suing the City is a waste of both of our times. It’s something I don’t want to pursue. I truly only want to continue the FKK Free Body Culture education campaign and distribute my books, Naked Yoga and Weapons of Mass Deception, unhindered.
My thinking is national and global in outlook.
My political/social/cultural interest is not in the petty backwater provincialism of certain sectors of some City of San Francisco political fiefdoms.
By the way, the right to be nude is your right also, whether-or-not you want to exercise it. Get rid of the nudity taboo and you have a better body consciousness and one less thing to worry about.
For what it’s worth, most of the tourists love the public nudity.
They haven’t seen it before. It gives them something to think and talk about. [...]
This activity is on a block with a neglected statue of St. Francis and derelicts lying on the sidewalk. The space is hundreds of feet from any commercial enterprises.
My specific plans are to show up at noon (weather and schedule permitting) and talk to people about the Free Body Culture movement.
In addition, as material for my next book, I plan to tell people stories about St. Francis and Benny Bufano, the sculptor of the St. Francis statue at the corner of Beach and Taylor. These are appealing stories.
St. Francis is the Buddha of Christianity. These include tales of his finding God while kissing a leper, going naked before his father and town of Assisi to announce his asceticism, and his evolving a unity with nature.
Benny Bufano also has his share of tales like slicing off his trigger finger and mailing it to Woodrow Wilson to share his opinion on the U.S. entry into World War I.
The methods that I am using to eliminate the nudity taboo are similar to those used by Vincent Bethell, who was also thrown in jail, to end the nudity taboo in London . The London campaign has largely been accomplished by his work plus an art campaign of placing anatomically correct statues of nude men and women in public spaces all over London .
The nudity taboo, besides being stupid, is easy to get rid of.
Shouldn’t San Francisco ’s cultural sophistication be equal to London ’s?

My next scheduled day at Fisherman’s Wharf is
Thursday,
May 15, 2008, noon,
corner of Taylor/Beach by the statue of St. Francis.